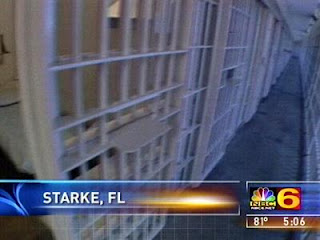 Florida's beleaguered death penalty may have been thrown into limbo Thursday, a day after what critics called the botched execution of a convicted killer from Puerto Rico who took 34 minutes and two doses of lethal drugs to die.

Asked to declare Florida's process for lethal injections unconstitutional on behalf of 71 death-row inmates, the Florida Supreme Court instead ordered a trial court to review the claims for just one prisoner. Death-penalty lawyers said the ruling is destined to create chaos.

"It will be a mess," said Martin McClain, a Miami lawyer who handles death-penalty appeals. "We have an order that is as ambiguous as can be. It resolves nothing other than we're going to have one hearing for one individual. Everybody else is in limbo."

Corrections officials say that nothing was "unanticipated" about Angel Nieves Diaz's death but, under outgoing Gov. Jeb Bush's direction, Corrections Secretary James McDonough appointed a team to conduct a thorough review of the execution, to begin immediately.

Bush, who signed his last death warrant, said he was not surprised by the legal wrangling. Gov.-elect Charlie Crist said he would continue carrying out the death penalty after he takes office Jan. 2.

"People that are opposed to the death penalty will do whatever they can within the law to advocate their position," Bush said. "It's not a surprise. It's done all the time. Typically, it's unsuccessful."

Diaz, 55, was executed for the 1979 murder of the manager of a Miami topless bar.

He also had convictions for second-degree murder in Puerto Rico and for escapes there and in Connecticut.

Witnesses, who included news reporters and one of Diaz's lawyers, said the condemned killer showed what appeared to be signs of pain and awareness as he was injected with a lethal cocktail of three drugs. Though the first drug, a short- and quick-acting anesthesia, was supposed to render him unconscious, witnesses said his eyes were open, his face contorted, and he grimaced and shuddered, gasping for air for more than 10 minutes.

Yet, even after watching Diaz continue to move, the emergency petition filed Thursday alleges, corrections personnel proceeded to administer the second drug, a paralytic, and the third, which traumatizes internal organs and stops the heart. When that failed to end Diaz 's life, they repeated the process.

Department spokeswoman Gretl Plessinger said Diaz had liver disease and that medical condition required the second dose of chemicals. Diaz's lawyers and family, meanwhile, said he was not sick.

"It was not unanticipated that the metabolism of the drugs would take additional time," Plessinger said. "As indicated in our execution protocol, a second series of drugs can be introduced, and that occurred."

A national expert on lethal injections, however, said the department's explanation "makes absolute zero sense." Jonathan Groner, associate professor of surgery at the Ohio State University College of Medicine and Public Health, said the quick- but short-acting anesthesia would not metabolize, or break down, in a diseased liver. Therefore, it would have a more potent effect on a person with liver disease.

"What would be acceptable for a normal person might be an overdose for a person with liver disease," Groner said. "That means [Diaz] should have gone down faster or stayed down longer because the drug hangs around longer."

He surmised that corrections officials either mixed or injected the anesthesia incorrectly, or didn't have the IV properly inserted.

Plessinger would not comment on the speculation, but confirmed that at least one other condemned inmate had been injected with a second dose of lethal chemicals. She could not, however, say when. That angered death-penalty lawyers who have been arguing that the Department of Corrections adopted new protocols for lethal injections in August in secret, without review or accountability.

"DOC is well-known for detailing everything except, apparently, what happens at an execution," said Todd Scher, a death-penalty lawyer from Miami Beach.

"They log every visit, every phone call, every movement of an inmate under death warrant, but when it comes to the most important function a state does -- taking a life -- they don't have any record-keeping procedures."

Other death-penalty foes pointed to Diaz's execution as more proof that the death penalty is cruel and unusual punishment, as they did after three executions went awry when Florida used the electric chair. During two executions in the 1990s, the heads of two condemned men caught fire, and in 2000, an inmate suffered a severe nosebleed while being put to death.

"Mr. Diaz's death is more evidence of Florida's broken death-penalty system," said Mark Elliott, a spokesman for Floridians for Alternatives to the Death Penalty. "It was absolutely botched, and the reaction by our leadership has been the same to other catastrophic failures of our death penalty: denial."

In its brief ruling Thursday, the Supreme Court granted one request by the first of the killers who challenged the lethal-injection process. Justices allowed Ian Deco Lightbourne to have a representative at Diaz's autopsy but they sent "all other issues" back to the trial court in Marion County, where Lightbourne killed an Ocala woman in 1981.

Diaz's relatives in the Orlando area called for his execution to be thoroughly investigated.

"We are just feeling the pain," said cousin Solsirette Otero-Barahona, 27. "The more we know about what happened, the worse it feels. . . . The last thing we wanted was for him to suffer."

Other Puerto Ricans who live in Central Florida were outraged. Radio listeners called in all morning Thursday to Quedate con Miguel, a Spanish-language talk show at 1040 AM (WONQ).

"Many people were upset at the governor, because on the one hand he is pro-life, but then he does not think twice about allowing an execution," host Fernando Negron said.

Victor Manuel Ramos, John Kennedy and Robyn Shelton of the Sentinel staff contributed to this report. Wire services also were used. Maya Bell can be reached at mbell@orlandosentinel.com or 305-810-5003.