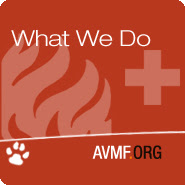 euthanasia specifically prohibits the combination of

pentobarbital with a neuromuscular blocking agent to kill

animals because of the risk of unrecognized consciousness. 2000

intermediate-acting anesthetic with a half-life of many hours,

which means that its effects last much longer than the ultrashort

The use of sodium thiopental in combination with a

neuromuscular blocking agent would certainly be even more

unacceptable under the AVMA standards because of the increased

risk (compared with pentobarbital) that an animal would regain

consciousness after the ultra-short acting anesthetic wears off.

the use of a neuromuscular blocking agent in animal euthanasia

because of the risk that it would prevent veterinarians from

Section 828.058, Florida Statutes, prohibits the use of

paralyzing agents in euthanizing dogs and cats. The statute

also specifies that only sodium pentobarbital or another agent

in euthanizing dogs or cats. The statute also specifies the

Therefore, the protocol used in Florida to execute condemned

inmates would be illegal to euthanize a dog or cat.

The third chemical used in Florida lethal injections is

potassium chloride, which is the substance that causes the death

of the prisoner. It burns intensely as it courses through the

veins toward the heart and causes massive muscle cramping before

inducing cardiac arrest when it reaches the heart. Without

adequate anesthesia, the condemned would feel the intense

burning and the pain of a heart attack, but is unable to

communicate his pain because the pancuronium bromide has

paralyzed his entire body so that he cannot express himself

either verbally or otherwise.