Ohio Is First to Change to One Drug in Executions 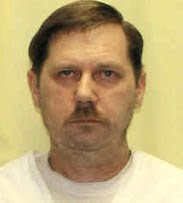 Breaking ranks with the 35 other states that use lethal injections to execute prisoners, Ohio on Friday became the first state to say it would switch to a single drug, rather than a three-drug cocktail, in its death penalty procedure.

Critics have long argued that using a single drug, the preferred method in animal euthanasia, is more humane than the three-drug cocktail, which involves a short-acting barbiturate to render the inmate unconscious, followed by a paralytic and then a chemical to stop the heart.

But states have resisted changing the three-drug procedure, which has been in use since the late 1970s. And in a 2008 ruling that upheld Kentucky’s method of putting condemned prisoners to death, the Supreme Court rejected the claim that the three-drug cocktail posed an unconstitutional risk of a condemned inmate’s suffering acute yet undetectable pain.

“This is a victory for those who complained particularly about the three-drug protocol,” said Douglas A. Berman, a law professor at Ohio State University. “However, death penalty opponents may find it even harder to complain about execution procedures if courts endorse this new approach and if Ohio is able to conduct executions without incident using this new protocol.”

Deborah W. Denno, a law professor at Fordham University, said the shift would have “national repercussions in that it is foreseeable that other states will follow.”

Ohio’s decision came in response to the failed Sept. 15 execution of Romell Broom, 53, who was convicted of the 1984 abduction, rape and murder of a 14-year-old girl.

Mr. Broom sobbed with pain as prison officials repeatedly stuck him with a needle for nearly two hours in a failed effort to find a usable vein.

Gov. Ted Strickland eventually ordered a stop to the execution, and experts said it was the first time that an execution by lethal injection had failed and been rescheduled in the United States.

On Sept. 18, a federal court in Ohio issued a temporary restraining order blocking the state from trying to execute Mr. Broom again, after his lawyers filed a motion arguing that a second attempt would violate the constitutional ban on “cruel and unusual punishment.”

The new procedure announced Friday involves administering a massive dose of an anesthetic. If that fails, prison officials will then inject two chemicals — midazolam and hydromorphone — directly into the inmate’s muscles.

“I have full confidence that this protocol will allow my staff the ability to fulfill our legally mandated obligation in carrying out the execution process,” said Terry J. Collins, director of the Ohio Department of Rehabilitation and Correction.

Ty Alper, associate director of the Death Penalty Clinic at the University of California, Berkeley, called the change “a significant step forward.”

“The hope is that other states will realize that there is no need to paralyze inmates before executing them,” he said, “and that, in fact, doing so risks a horribly torturous execution.”

Richard C. Dieter, executive director of the Death Penalty Information Center in Washington, which opposes the death penalty, said that while he saw the policy change as an important step forward, he did not believe that Mr. Broom would be executed any time soon.

He said he anticipated that the new method would be delayed by extensive court challenges, with medical experts lining up to testify on both sides of whether the single-drug method is humane.

“The simple fact is that no one knows whether this method will work on humans,” he said, “and what unforeseen side effects there could be to using the drug in this way.”