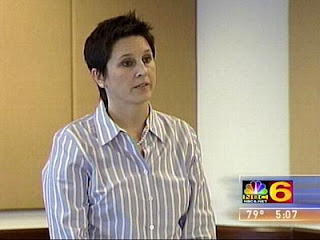 This is a transcript from AM. The program is broadcast around Australia at 08:00 on ABC Local Radio.

PETER CAVE: In the United States, there's a renewed debate over the humanity of lethal injections, with three states deciding to suspend all executions.

This latest review was sparked by the botched execution of a convicted murderer in Florida earlier this month.

MICHAEL ROWLAND: Angel Diaz was no angel, he brutally murdered the manager of a topless bar 27 years ago.

But the manner of the Puerto Rican's death has turned the convicted killer into an unlikely core celeb.

His execution in a Florida prison a fortnight ago went horribly wrong.

Diaz's lawyer, Suzanne Keffer, says the lethal cocktail of chemicals was injected into muscle instead of veins.

SUZANNE KEFFER: This execution took 34 minutes, almost three times longer than any other inmate, and during the course of that execution Mr Diaz in fact was trying to speak, it looked like his body shuddered, he was gasping for air for at least 11 minutes. It was very clear that he was suffering pain.

Days later, a judge in California ruled that executions in that state were unconstitutional, and ordered the State Government to review lethal injection procedures.

California's Governor, Arnold Schwarzenegger, is promising to do just that.

ARNOLD SCHWARZENEGGER: And we should make the system, the procedure, constitutional, so that's what we have instructed my office and my team to do that, to work hard on it.

MICHAEL ROWLAND: A court in Maryland has also taken issue with the way lethal injections are administered in that state, and put all scheduled executions on hold.

For opponents of capital punishment, the suspensions are long overdue.

RICHARD DIETER: We have a list of about 38 botched executions, most of them lethal injections. It doesn't occur with every one, but these are procedures that are often done in a medical atmosphere, but they're being done in lethal injection chambers by guards, by prison officials, and so things can go wrong.

MICHAEL ROWLAND: Despite these problems, opinion polls continue to show two-thirds of Americans support the death penalty, and politicians are wary of going against this trend, lest they been seen as soft on crime.

But Richard Dieter believes momentum is now building for lethal injections at least to be prohibited, and he hopes the issue will go all the way to the highest court in the land.

RICHARD DIETER: This is a constitutional issue that affects the whole country. They may well step in.

MICHAEL ROWLAND: Among the states vigorously defending their right to carry out lethal injections is Kentucky. The state's General Counsel, Jeff Middendorf, says it comes down to carrying out the procedure properly.

JEFF MIDDENDORF: We had a five-day trial with 20 experts, 17 depositions were conducted prior to that, and really the experts throughout the country, even those that came in on behalf of the inmates that are set to be executed agreed that it comes down to the proper sighting of the IV.

And really once that takes place and the sodium thiopental takes effect, the other drugs aren't going to affect and cause any pain to the inmate.