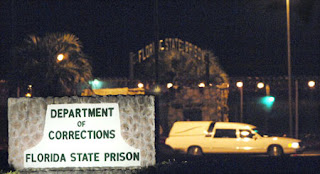 
In his final days in office, Gov. Jeb Bush has come under criticism for a most unusual reason.

Bush was actually trying to find out why an execution was botched, and what could be done to prevent it from happening again. The nerve of the guy, trying to do executions properly. Good thing he'll be gone.

Bush temporarily suspended the death penalty in Florida after the Dec. 13 execution of Angel Nieves took 34 minutes when the lethal injection was poorly administered. In addition to suspending executions, Bush created a commission to look at the entire lethal injection process.

And by doing so, Bush became the target of unjust and odd criticism. Bush was "ignoring the law." He was "pandering." There was plenty more said, written and posted on the Internet, almost as if Bush was taking away one of a Floridian's inalienable rights -- the right to have as many executions as possible, no matter what.

Don't worry, folks. You will get your beloved executions back soon enough. But Jeb Bush absolutely has done the right thing.

The red meat crowd loves to say it doesn't matter how much pain and suffering is inflicted during an execution. So what if it gets botched? That line of thinking might appeal to the inner urge for vengeance in most of us, but it isn't how a civilized society acts.

The death penalty is the law in 38 states, and it will return soon enough in Florida, even if it might not be as popular as some might want you to believe. A recent, unscientific South Florida Sun-Sentinel poll had over 22,000 responses, with nearly 60 percent favoring the outlawing of the death penalty.

Even if that offends some folks.