After an execution, families of condemned often suffer silently 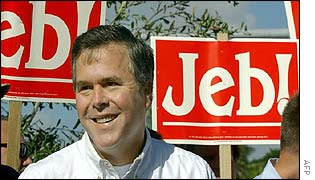 After an execution, families of condemned often suffer silently


RICHMOND, Va. -- The phone call Ida Reid had been fearing finally arrived on the evening of Sept. 9, 2004.

"They're gonna do it," her brother said.

Her stomach churned. Her body shook.

In a few hours, her brother would be dead.

The clock in the kitchen of her Charlottesville home ticked down the final minutes. Just after 9 p.m., she clutched her mother and began to cry.

In Virginia's death chamber, James Reid was receiving a lethal injection, his punishment for murdering an elderly woman.

In her kitchen, a pain Ida could not explain had taken over, and it felt like a punishment, too--but one she would have to endure forever, even as her brother's came to an end.

In the contentious death penalty debate, they are a group that usually goes overlooked.

Family members of the condemned haven't committed the crimes that landed their loved ones on death row. But they often feel punished anyway, by a society that sometimes shuns and vilifies them, by a grief that few understand.

Their unique experiences are detailed in the report "Creating More Victims: How Executions Hurt the Families Left Behind," by Murder Victims' Families for Human Rights. The anti-death penalty organization in Cambridge, Mass., is made up of families of murder victims and families of the executed.

"These are victims, too," said Susannah Sheffer, co-author of the report, which is based on interviews with 36 relatives of executed inmates across the nation. "These people exist, they are harmed and we need to address that harm."

Since the Supreme Court reinstated capital punishment in 1976, more than 1,000 people have been executed in the United States.

"You think about the family of the person the crime was committed against, but I don't think a lot of people think about the family of the person who was executed--who are also innocent victims," said Melanie Hebert, whose uncle, Spencer Goodman, was executed in Texas in 2000 for the abduction and fatal beating of a Houston woman. "People think of us as kind of throwaway people."

There has been little research conducted on the effects executions have on families of the condemned. But a few who have studied the issue agree that such families face distinct challenges. Some attempt suicide. Others lose their jobs. Most feel isolated by their grief.

"When somebody says, 'How did your husband die?' and you say, 'Oh, he was executed by the state of Texas,' their hand leaves you and they walk away as if you are contagious with this death penalty disease," said Christina Lawson, whose husband, David Martinez, was executed last year for the rape and murder of Kiersa Paul, a 24-year-old University of Minnesota student.

Michael Paranzino, president of the pro-death penalty victims' rights organization Throw Away the Key, acknowledged that families of the condemned suffer. But, he added, criminals who end up in prison hurt their families, too.

And killers cause distress to the families of their victims, Paranzino added. Families deserve to see their loved ones' killers brought to justice, he said.

"We're a victims group," Sheffer said. "The last thing we would do in a million years is downplay that original harm."

Lawson understands the devastation felt on both sides. She was 27 when her husband was executed. She was 9 when her father was murdered. Dealing with her husband's death has been far more difficult, she said.

"We could never justify why we were sad," said Lawson, 28, of New Braunfels, Texas. "How dare we feel bad for the loss of our loved one because of something he had done?"

The social stigmas family members of the condemned face can be severe, said sociologist Susan Sharp, author of "Hidden Victims," a book that examines the impact of capital punishment on families of those facing execution. She found family members who had been threatened, lost jobs, had their tires slashed--one woman even told Sharp her pets were killed by others who blamed her for her relative's crime.

"They're seen as somehow or another collaterally guilty with people who committed the crime," Sharp said.

Hebert was taunted relentlessly by fellow classmates during her uncle's trial. Lawson had garbage thrown at her and heard someone scream, "You are gonna burn in hell!" as she walked toward the Texas death house. One North Carolina woman interviewed for Sheffer's report said upon returning to her job after her brother's execution, she discovered a note reading, "You're a murderer."

Reid, whose brother was executed in Virginia, said she actually received support from the community, but still felt isolated because no one knew how to talk to her.

"Sometimes, it's not like they're ostracizing you, it's just that they don't know what to say," said Reid, 55. "A lot of them just can't handle it."

Robert Meeropol was 6 years old when his parents, Julius and Ethel Rosenberg, were executed in 1953 after being convicted of conspiring to commit espionage for the Soviet Union. He has dealt with his grief by becoming an activist and serving as a voice for children of the condemned.

"This had a profound effect on my life," said Meeropol, 59, of Easthampton, Mass. "It left me with a kind of suppressed rage and anger about what happened that didn't really have an outlet."

Young people who lose a parent to execution have the additional challenge of trying to comprehend what has happened, Meeropol said.

Lawson has struggled with PTSD since her husband's execution. The sight of handprints on windows makes her vomit, reminding her of the death chamber's print-smudged viewing window. She fainted during a trip to her children's school to drop off their lunch money; the green paint on the cafeteria walls reminded her of the walls inside the death house. She still feels the salty grit of dried tears on the death chamber's window, still hears her husband's last breath.

Counselors have been unable to help her, she said. Sleep remains elusive.

"I will never, ever forget the way it felt," she said.

Sheffer hopes the report will get people thinking about these families. At the very least, she said, they should be offered assistance to help them deal with their grief.

For Reid, that grief remains intense. Talking about her brother's final hours still brings her to tears.