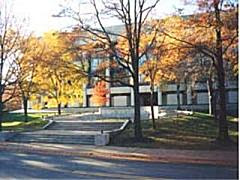 The new head of the state legislative committee that would have to develop a new policy for administering lethal injections opposes the death penalty.

Del. Anne Healey (D-Dist. 22) of Hyattsville was named the House chairwoman of the Joint Committee on Administrative, Executive and Legislative Review — the panel that gives legislative oversight of state agency regulations.

Healey, who opposes abortion, said it is too soon to say how the legislature would react to last week’s decision by the Maryland Court of Appeals to block lethal objections.

‘‘I think we’re going to have to look at it, at this point,” she said.

The court ruled that the General Assembly should not have left it up to the state Division of Correction to develop the lethal injection protocols without public comment.

While death penalty opponents have welcomed the ruling as a legal excuse to end executions, one prosecutor said the state should use the gas chamber now that lethal injections have been blocked.

‘‘Currently you can choose [if you’re an inmate] between the gas chamber and lethal injection,” said Frederick County State’s Attorney Scott L. Rolle (R). ‘‘Does that mean there’s no choice between the two now or that they can’t get the death penalty?”

The state should not end the death penalty, he said.

‘‘My view on it: You rape and kill a child or commit a terrorist act or kill a police officer, you should face the death penalty,” Rolle said. ‘‘I don’t necessarily like it. I think it’s just a necessary law to have on the books for prosecutors in the appropriate cases. We should make it race neutral, gender neutral, but we should have it.”

Others, however, say fixing the state’s capital punishment system is not as simple as switching from lethal injection to the gas chamber.

‘‘Maryland’s elected leaders should avoid the legal quagmire this ruling has created and end the state’s use of capital punishment,” said Jane Henderson, executive director of Maryland Citizens Against State Executions.

Henderson and others called for Gov.-elect Martin O’Malley (D) to end capital punishment.

At a news conference in Baltimore last week, O’Malley said he opposes the death penalty. ‘‘I think we should evolve to the point that we realize the death penalty does not reduce violent crime,” he said.

Lawmakers should not wait for the courts to fix the problem, but should fix it themselves, said Rolle, who campaigned unsuccessfully for attorney general.

‘‘It’s no secret our Court of Appeals doesn’t like the death penalty,” he said.