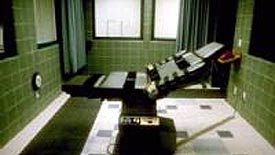 Gov. Jeb Bush of Florida has suspended executions after a botched lethal injection earlier this month and Gov. Arnold Schwarzenegger of California has ordered his administration to make sure execution practices comply with the U.S. Constitution's ban on cruel and unusual punishment. Gov. Mike Easley of North Carolina ought to pay attention -- and impose a temporary moratorium.

It has been clear for years that North Carolina's process for identifying, prosecuting and sentencing murderers to die is seriously flawed. Investigations by the Observer and other organizations showed a killer's chance of getting the death penalty -- or life in prison -- varied widely from one judicial district to another and often depended upon the race of the victim.

The Observer has urged the legislature to pass a two-year moratorium on executions to allow time for a thorough study of how to solve problems in the administration of capital punishment. The legislature declined to impose a moratorium but a House committee has been studying the issue and may make recommendations when it meets in January.

What happened in Florida is outrageous, and Gov. Bush was right to act. Because technicians injected potassium chloride into soft tissue, not the inmate's bloodstream, the execution took 34 minutes. That's unacceptable. In California, a federal judge earlier this year ruled that the state's injection procedures did not protect the condemned from excruciating pain during the time it takes to die.

North Carolina uses an injection procedure for executions that is the same as Florida's and California's, says Geoffrey Hosford, an attorney for Death Row inmate Marcus Robinson. Mr. Hosford says the state should halt executions until it can assure that prisoners can be put to death without violating the constitutional ban on cruel and unusual punishment. Marcus Robinson is scheduled to die on Jan. 26 for his role in the 1991 shotgun death of Erik Tornblom in Cumberland County.

Some North Carolinians have little concern for the constitutional rights of condemned prisoners who commit murders. But this is a society based on law. Just as we expect fellow citizens to follow the law in all respects, so must the state follow the dictates of constitutional law when it exercises the ultimate power to take the life of a convicted killer. Ignoring the constitutional stricture against cruel and unusual punishment puts the state on shaky ground. It's not the same position as a killer who ignores society's laws to commit murder, but it raises questions about how the state decides what other constitutional protections to ignore.

Polls show most North Carolinians support the death penalty for the worst murders. But they also want an equitable -- and legally defensible -- system for prosecuting killers and consigning them to death. Until the state can clearly demonstrate it has found the right formula to execute first-degree murderers, executions should be suspended. Gov. Easley should act without delay.