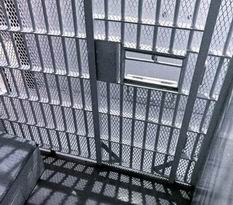 There were several unusual aspects to the development of the week-long
series about homicides, which begins today and will dominate the front page
and several inside pages during the coming week.

While several reporters and photographers contributed to an ongoing "Crime
Around Us" series, three reporters were assigned to break away from daily
work to look at bigger issues. That led to a significant investment of
newsroom resources and to this week's series.

Editors wanted to examine who was doing the killing and who was being
killed. What were their backgrounds, which neighborhoods did they come from
and how had the criminal justice system dealt with them? Questions such as,
since so many killers had criminal records, why weren't they in jail at the
time of the crime?

The three reporters are veterans: Jim Schoettler, 45, has been at the
Times-Union for 16 years; Paul Pinkham, 47, has been at the newspaper 17
years; and Steve Patterson, 44, has been here 19 years.

They started by requesting to see the state attorney's files and the
sheriff's reports on all homicide cases since July 1, 2003.

An initial list of questions was put into a database created by Patterson.
The questions would grow and change once reporters got into the files.
Ultimately, Patterson's database contained about 80 fields to capture data
about 348 cases involving 364 victims and 265 killers or suspects.

It quickly became apparent that understanding the homicides meant learning
about juveniles, since so many victims and killers were juveniles or had
been juveniles when they first got into trouble.

Juvenile records are sealed, though. Only by court order could they be
opened to a newspaper.

It fell to Pinkham to ask Chief Circuit Judge Donald R. Moran for permission
to see all of the juvenile files on killers for the last three years. The
judge's response surprised him.

"The judge didn't think enough was being done, but he thought such a series
might help move things forward," Pinkham said.

"This appears to be a worthwhile, intellectual analysis and a study that
could benefit our entire community," the judge wrote in his May 31 order
releasing the files for statistical purposes only. He later allowed similar
access to pre-sentence investigation reports.

As the database got populated, trends began to emerge, suggesting areas for
further inquiry. Some prisoners and their victims were more representative
of the trends than others.

Even before the database was complete, the reporters began traveling about
the state to interview convicted killers.

"We were surprised at how open they were," Schoettler said of the inmates.
He researched Thomas Bevel's background extensively before interviewing the
Death Row inmate three times for today's story.

As the project grew, Young recruited Charlie Patton to write about unsolved
murders, Jeff Brumley to assist with the story on juveniles and Mark Woods
to write about one city block heavily impacted by crime.

The findings were surprising even for veteran reporters who have logged
years covering violent crime and its consequences.

"To me, the findings about who has guns and how they acquire them is just
very interesting," Pinkham said. He learned guns are hoarded in "stash
houses" for quick access and that the bad guys will "rent you a gun for a
couple of hours."

"It reinforced for me just how mean the streets are," Schoettler said. He
learned drugs are being sold within one mile of every home in the county and
those dealing with the drug problem are not encouraging.

"They make it clear they are not making any headway with drugs," he said.

Woods made many trips to an area identified by the database as having the
city's highest number of felony violence incidents.

"They're scared," he said of the people he met there. Scared to be seen
talking to a white stranger, scared of getting their name in the paper,
scared about safety for themselves and their children.

"I'm somewhat skeptical," Woods said of what the future holds for that area,
"but I want to believe something can happen."

Source : Jacksonville.com (What do you think? - Editors would like to know
what you think about the series, as well as how those responsible are
dealing with homicides in Duval County. Please call (904) 359-4289 or e-mail
marilyn.young@jacksonville.com to share your views. - Send e-mail to
wayne.ezell@jacksonville.com. Phone: (904) 359-4217. Ezell is available to
speak to groups.