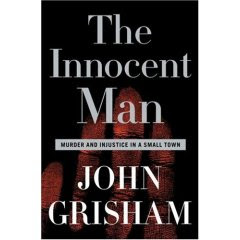 Yes Georgia will murder an innocent man. The executioner will be a klukker wearing a button down shirt instead his white sheet, but the message is plain; Keep the nigger in his place. The nauseating displace by the family and friends of the "victim" reeks of vindictivness and hatred. Of course a Black witness can't be trusted, except if s/he is testifying against a Jew or Ay-rab.

Apparently, people are starting to wake up from an indifferent sleep, and realize that ADEPA should be called Prevention of Successfull Appeals Act. This is no longer a legal issue but a moral one. Evidence of actual innocence should never be barred because of time limits and other "technicalities. But state laws like Virginia's old 21 day rule (now repealed) or Alabama's Rule of Appellate procedure 32-- present a true catch-22 and literally prevents an appeal, except on "new evidence"-- something the Attorney general states in rubber stamp: 1) it is not "new"; or 2) it is frivolous, of course nat stating what or going through legal loops to try to justify the denial that the judge, a former prosecutor, will rubber stamp.They call it stare decisis..

Death and life cases should have extra safeguards for the inmates if there is to be a death penalty, and not be restricted more than not less severe punishments. There is no logic . We have seen mistakes can make juries convict on unsafe evidence, and police coersion is not unkown, nor is deliberate prosecutorial misconduct as seen by the personna of Nifong, or Doug Moulder. Nor are pathologists and other doctors immune; see Erdmann, Joye Carter, and Joan Wood.-- no doubt highly imntelligent and well educated people gone North....

What pollutes our justice system is a growing disregard for physical evidence. Thus a Larry Swearingen can be on death row in spite of four pathologogists and two bug doctors proving that he was in jail when a heinous crime was committed. I challenge anyone -- police investigators, lawyers, or anyone reading this-- to prove otherwize-- that Melissa Trotter was truly dead for 25 days before discovery...And this is just the tip of a putrid iceberg. This same mentality convicted Ranel Adams and Clarence Brandley, sent Allen Gell to death row, and convicted Ivan Cantu, to name a few.

While putting the bad guys behind behind bars, and there are many bad guys, we have to distinguish between the bad guys, the worst guys and the good guys; this mission we have failed, even with all that high fallutin' scientific junk, junk because it it used incorrectly by incompetent and biased junk scientists. I blieve they know who they are.

The complete integrity needed to dispense justice from the first responders to the Supreme Court, is sorely lacking today, and sadly the Troy Davises'of our land will suffer for it. We are all the losers as long as we pretend that we have justice. Thank God, We are waking up. Thank God we are seeing this monster called justice for what it is. Thank God we have the ability to change this system that is not cost effective, destroys life and looks for acts of vindictiveness and sadism to perform on the American People. As Prsidenct Eisenhower stated when holding his infant granddaughter: "It is longtime for a change."

How can they talk about mudering Troy Anthony Davis for a crimethat he did not do? Now the have set a date and time for them do it. The dae is the 21st of Sept. 0f 2011 at 12am. If they do that it will surely be a very very sad day and that day will never pass either. Troy is a great person, my friend. Save Troy!!!!!!!!!!!!!