Attorney: Child Killer Not An Animal 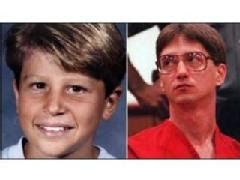 "He's nearing execution and it's wearing on him," defense attorney Peter Cannon said. "He's a person. He's a human. They don't want us to think that, but he's not an animal."

Canon argued that the state is still not adequately trained or prepared to administer a lethal injection and that Schwab was incapable of stopping himself in April 1991 when he abducted, raped and killed 11-year-old Junny Rios-Martinez from Cocoa, Local 6 News partner Florida Today reported.

Holcomb said on Tuesday that he would rule by the end of the day whether to grant an evidentiary hearing.

"Has justice been done in this case?" he asked emotionally after the hearing. "It's time for justice to be done."

"His actions speak for themselves," he said. "If he was truly human, would he have done what he did to that child?"

The state approved new standards and protocol for administering lethal injections after a moratorium was issued on executions in December when the Angel Diaz execution took twice as long as normal. That moratorium was lifted in August when Gov. Charlie Crist signed Schwab's death warrant.

The Florida Supreme Court last week denied Schwab's motion for a stay. On Friday afternoon, Schwab's attorneys petitioned the U.S. Supreme Court for a stay. The nation's top court has issued stays of execution in three states as it considers challenges in Kentucky to whether lethal injection constitutes cruel and unusual punishment.

Schwab is scheduled to be executed at 6 p.m. Thursday.

Watch Local 6 News for more on this story.
Posted by Serena at 12:25