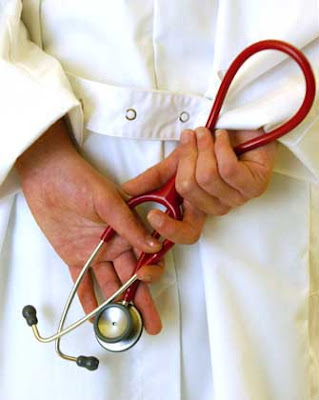 During the warrant proceedings, Mr. Tompkins sought public
records pursuant to Fla. Stat. Ch. 119 and Fla. R. Crim. P. 3.852
(h)(3). On October 7, 2008, Mr. Tompkins sent public records
requests to FDLE and DOC. The records sought concerned the recent
executions that Florida carried out. Mr. Tompkins sought these
records in connection with the lethal injection claim that he had
pending before this Court. These records were requested pursuant
to Rule 3.852. These agencies objected and asked the circuit
court to rule that Mr. Tompkins was not entitled to the requested
records. The circuit court sustained the objections and indicated
that Mr. Tompkins had the burden of demonstrating that the
records requested would be admissible to prove a claim for
relief.
In arguing for the public records at the case management
hearing, Mr. Tompkins argued that he did not have to show the
specific records requested were admissible in support of a Rule
3.851 motion because he had not seen or had access to the
records. To hold him to definitively establish the admissibility
of records he had not seen was imposing an impossible burden.
Instead, Mr. Tompkins argued that the appropriate standard was
whether the records requested were the type that would likely be
relevant to a Rule 3.851 claim. Mr. Tompkins indicated that he
could establish this by looking at the evidentiary hearing in Mr.
Lightbourne’s case. There, the public records maintained by DOC
and FDLE had been disclosed and admitted into evidence as
relevant to Mr. Lightbourne’s Eighth Amendment challenge to
Florida’s lethal injection procedure. The circuit court erred in
requiring Mr. Tompkins to prove more than this.
Mr. Tompkins also argued that to the extent that the
agencies argued that the requests were unduly burdensome, it was
only so because the agencies had chosen to make it so. Certainly
following the proceedings in Mr. Lightbourne’s case, it was clear
that the records from executions carried out in Florida would be
relevant to any future claims challenging lethal injection
procedures under the Eighth Amendment. In light of this, the
agencies in question could, as a matter of routine, provide the
public records concerning an execution to the records repository
after each execution. Only by failing to make these public
records readily available to all death sentenced individuals did
the agencies provide a basis for an argument that when these
records are sought under the exigencies of a death warrant, the
requests were unduly burdensome.
Mr. Tompkins directed the circuit court’s attention to the
fact that the public records requested related to a colorable
claim of relief. Mr. Tompkins’ claim that the current method of
lethal injection, in light of recent empirical evidence,
constitutes cruel and unusual punishment, is a colorable claim
for relief. Certainly, public records requests relating to lethal
injection procedures and to prior executions are relevant to such
a challenge.
As Mr. Tompkins argued in circuit court, it is the secrecy
that DOC and FDLE insist on maintaining that is inconsistent with
the spirit of the public records act, and with the residents of
Florida, and the condemned on Florida’s death row right to know
that the State will comply with the Constitution. DOC has shown a
history of secrecy in this area. In 2006, it revised its protocol
in secret. It refused to disclose this fact when public records
were requested. It was only because Mr. Rutherford’s lawyer
received an anonymous tip that a revised protocol existed, and
then endeavored to verify that fact, that the existence of the
revised protocol was disclosed.
It is this history and pattern of secrecy that has caused
difficulty for the State when problems occur in the course of an
execution, as happened when Angel Diaz was executed. Because the
records and procedures had been kept secret and been carried out
in the shadows, problems in the protocols were not identified and
28It is worth noting that despite repeated opinions of the
Florida Supreme Court that the electric chair did not constitute
cruel and unusual punishment, this Court subsequently ordered an
evidentiary hearing on the issue in the case of Thomas
Provenzano. See Provenzano v. Moore, 744 So. 2d 413 (Fla. 1999).
During these proceedings, public records were disclosed by the
Department of Corrections regarding the electric chair. And the
proceedings in that case led to the Florida Legislature’s
adoption of lethal injection as the method of execution in
Florida.
corrected in advanced. Instead, remedial steps are taken only
after an inmate has been executed in a manner that offends the
Eighth Amendment.
Posted by sisselnor at 03:06