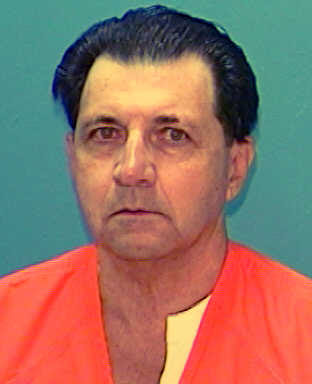 TAMPA - Before he committed suicide, Larry Royston told his attorney that prosecutors had charged the wrong man with killing Royston's wife in a 1989 murder-for-hire plot.

Twice, St. Petersburg used car dealer Michael Mordenti was convicted of taking $17,000 from Royston to carry out the hit.

The Florida Supreme Court overturned the first conviction, saving Mordenti from death row. A second trial ended with a hung jury, and a third trial brought a life prison sentence with the possibility of parole after 25 years.

In a 2-1 decision, an appellate panel overturned his conviction, saying Royston's statements to attorney John Trevena should have been admitted at trial and would exonerate Mordenti if believed by a jury.

"It may well be that the jury will not believe Mr. Trevena or may put some other construction on Mr. Royston's statements," wrote 2nd District Court of Appeal Associate Senior Judge Charles M. Harris. "But the jury should have that opportunity."

Judge Thomas E. Stringer dissented. He acknowledged that the statements would help Mordenti but said they did not amount to a "smoking gun."

Attorney Marty McClain, who represented Mordenti during his second and third trials, found that stance hard to believe.

"I think that this is just powerful stuff," he said. "I don't know how much more of a smoking gun you need."

Prosecutors will review their options in light of the ruling, said Assistant State Attorney Pam Bondi, who helped convict Mordenti in 2005.

Now 66, he has been imprisoned since his 1991 conviction.

Prosecutors said he shot and stabbed 54-year-old Thelma Royston in her Odessa horse barn June 7, 1989. They said her husband paid Mordenti to do it.

They based their case against Mordenti on the testimony of his ex-wife, Gail Mordenti Milligan. The Largo woman told authorities that she acted as the go-between for the contract killing; she received immunity in exchange for naming Mordenti.

No physical evidence, no money trail, no eyewitnesses and no confession tied Mordenti to the crime. Because the prosecution's case against Mordenti relied solely on his ex-wife's account of events, her credibility was a central issue in the case, the appellate judges said.

"The one who took the money, picked the murderer and was given immunity must be subject to the closest scrutiny during cross-examination," the opinion stated. "Mrs. Milligan was not."

Trevena said his client claimed Milligan orchestrated the murder because she was having an affair with Royston and wanted him "freed up so that she could share ... in his assets."

When Royston first saw Mordenti in court, he had blurted out, "That's not the guy," to his attorney.

Royston killed himself before his own trial. Milligan denied any romantic link.

Trevena also said Royston maintained that a 13-minute cell phone call between Royston and Mordenti a few hours before the murder was set up by Milligan and was "innocent in nature and that it was relating to some type of a boat or motor vehicle." He said there was no discussion concerninghomicide or violence.

In an unusual move, prosecutors persuaded a judge to allow them to interview Trevena in private before Mordenti's first trial. They did not share the attorney's recounting of his client's statements with the defense - an omission that helped get Mordenti's death sentence reversed.

Hillsborough Circuit Judge Barbara Fleischer considered the testimony multiple times during the two subsequent trials, and prosecutors argued strenuously to keep it out. Each time, the judge refused Trevena's testimony on the basis that it was hearsay and subject to attorney-client privilege.

Instead, she heard from the 2nd District Court of Appeal. The ruling Friday did not surprise Trevena, who will now testify should Mordenti's case get retried.

"I just scratched my head in disbelief when Fleischer said she wouldn't allow it," Trevena said. "It's just another case where an innocent guy has rotted in prison for 20 years."