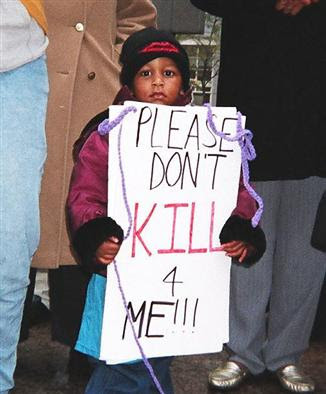 Kill the piece of shit !!

Killing is wrong no matter how you see it. People dying is not acceptable and especially witness viewing a death is insane. No murders should have to die, no victims should either. Life imprisonment should be the sentencing for all irreversible crimes.