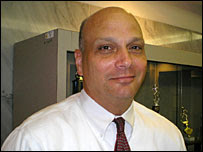 THE ISSUE: Two families suffered this past week because state prosecutors were so eager to proceed with an execution. The U.S. Supreme Court, not surprisingly, stopped it.

The normal path to a killer's execution is terribly hard on two families - the killer's family, and the family of his victims.

Because issues of life and death are involved, the capital cases receive extra attention from the courts. They are held to a higher standard, and they are regularly overturned and sent back for new trials or additional work. There are execution dates set, followed by delays. At every step along the journey, hopes are raised on one side, dashed on the other.

So it has been in the case of James Harvey Callahan, who was sentenced to death for kidnapping, raping and killing a Jacksonville State University student in 1982. Callahan's first conviction was overturned, and more recently, an execution date was set and then stayed.

But what happened this past week in Callahan's case proved that an overzealous prosecutor can take a bad situation and make it worse.

To be sure, the victim's family most likely would have liked to see Callahan's execution go through Thursday, as scheduled. But U.S. District Judge Keith Watkins in December postponed the execution with good reasons.

Watkins said he wanted first to hear Callahan's challenge of Alabama's lethal injection procedures. Watkins also said he would not schedule that trial until the U.S. Supreme Court heard a similar challenge from Kentucky. It would be a "waste of judicial resources" to do so.

Watkins' ruling came soon after the U.S. Supreme Court blocked the execution of another Alabama inmate - one of a series of decisions that telegraphed the court's wishes to hold off on executions until it settled the lethal injection issue.

But instead of waiting for a resolution, Attorney General Troy King appealed the Callahan stay to the 11th U.S. Circuit Court of Appeals. The 11th Circuit ruled Callahan didn't raise his challenge to Alabama's lethal injection procedures in a timely way, and lifted the stay.

By the time the U.S. Supreme Court intervened to block the execution, Callahan was just a little more than an hour away from being put to death. He had visited with his family to say his goodbyes, and the prison system had gone through the necessary motions to prepare for the execution.

Even worse, the mother and sister of his victim, Rebecca Suzanne Howell, had already traveled to Atmore to witness the execution. One of them came from Tennessee. The family called the ordeal "cruel and unusual."

They are right, and King should be ashamed.

King is eager to carry out executions. Tough on crime and all that. Everyone gets it.

But to appeal Callahan's stay before the Supreme Court had ruled on the lethal injection case was to waste prison officials' time and to give two families an extra twist through a wringer that's painful enough.

It was cruel, and unnecessary.