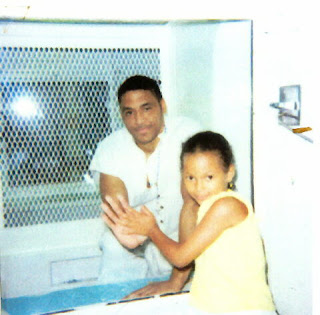 Kenneth Foster faces death for a crime he didn't commit because of a twist of Texas law that enables a jury to sentence someone to death even if he or she had no proven role in a murder.
Kenneth Foster's time is running out.

On Tuesday, August 7, in a six-to-three decision, the Texas Court of Criminal Appeals denied his final writ of habeas corpus, giving the legal green light for his execution. Foster, who is scheduled to die by lethal injection on August 30, is now at the mercy of the merciless Board of Pardons and Paroles. The odds are bad. Five out of seven board members must recommend clemency before Governor Rick Perry will consider it -- and in a state that has executed nearly 400 people in thirty years, clemency has only been granted twice. But Foster's supporters, who are spearheading a letter-writing campaign to the board and governor, are relying on one particularly salient detail to move their minds, if not their hearts: Foster didn't kill anyone.

Foster was convicted for the 1996 murder of Michael LaHood Jr., who was shot following a string of robberies, by a man named Mauriceo Brown. Brown admitted to the shooting and was executed by lethal injection last year. Now Foster faces the same fate. So, if Brown was the shooter, what did the 19-year-old Foster do to get a death sentence? He sat in his car, 80 feet away, unaware that a murder was taking place.

Foster was convicted under Texas's "law of parties," a twist on a felony murder statute that enables a jury to convict a defendant who was not the primary actor in a crime. This can mean sentencing someone to death even if he or she had no proven role in a murder. Texas's law states that "if, in the attempt to carry out a conspiracy to commit one felony, another felony is committed by one of the conspirators, all conspirators are guilty of the felony actually committed, though having no intent to commit it." Defendants, the Texas courts say, can be held responsible for "failing to anticipate" that the "conspiracy" -- in Foster's case, the robberies, for which he was the getaway driver -- would lead to a murder. Foster's sentence, death row prisoner Mumia Abu-Jamal recently commented, "criminalizes presence, not actions."

In theory, the law of parties is "a well-recognized legal document," says Houston defense attorney Clifford Gunter, and most states with the death penalty on the books include a similar provision for "non-triggermen." Nevertheless, critics of the Texas law say it's an aberration -- a slippery legal statute that stands in direct violation of the 1982 Supreme Court decision in Enmund v. Florida. Still the "prevailing view," according to Gunter, Enmund held that the death penalty was unconstitutional for a defendant "who aids and abets a felony in the course of which a murder is committed by others but who does not himself kill, attempt to kill, or intend that a killing take place or that lethal force will be employed." In Texas today, the law or parties says exactly the opposite.

Even more troubling is the law in practice. When Justice Byron White wrote the Enmund decision in 1982, he observed that the Court was not aware of a single execution of someone who did not kill or intend to kill. What a difference another quarter-century makes. Months after Enmund was decided, Texas executed its first prisoner since the reinstatement of the death penalty in 1976. In the tidal wave of capital cases that followed, numerous defendants would be sentenced to die under the law of parties.

One was Norman Green. Green was charged for a murder during a botched robbery in an electronics store in 1985. He got death. His accomplice, the man who actually pulled the trigger, got life. The arbitrary result exemplifies what Green's appellate lawyer, Verna Langham -- who also handled Kenneth Foster's first appeal -- sees as the danger of the law of parties. "[It] is subject to such loose interpretation," she told the Austin Chronicle in 2005. "A kid in the wrong place at the wrong time with the wrong people can end up being sentenced to death." Green was executed in 1999.

No formal study has been done on the number of defendants subjected to the law of parties in Texas. Anti-death penalty activists estimate that Texas death row has 80 to 100. This number seems high to David Dow, founder and director of the Texas Innocence Network and author of Executed on a Technicality (2005). But he says that it could be an accurate measure of the number of prisoners whose juries were given the choice of applying the law of parties, even if their conviction did not hinge on it. "In a lot of cases, you have a [law of parties] instruction, but jurors have to find one or the other: Either the person was responsible for killing the victim or they are responsible for participating in a crime where it should have been anticipated that a murder would take place." For a defendant facing lethal injection, it's a distinction without a difference. Regardless of the number of times the law of parties has been used, its clear effect has been to broaden the pool of defendants eligible for death. By inviting a jury to speculate whether a defendant "should have known" a murder could happen, it drastically lowers the burden of proof for a punishment supposedly reserved for "the worst of the worst."

From the zeal of prosecutors to the legal machinery that supports them, "the structure of the Texas's legal system makes it easier to sentence people to death," says Dow. Between the Polunsky Unit in Livingston and the women's death row in Gatesville, nearly 400 prisoners are awaiting execution. By the end of the summer, Texas will have killed its 400th prisoner since the death penalty was brought back. The state that famously carried out 152 executions under Governor George W. Bush has seen Gov. Rick Perry surpass his record. Since taking office in December 2000, Perry has signed off on over 158 executions -- a number that will be dated when this piece goes to press (and which would be higher still were it not for the Supreme Court's 2005 decision in Roper v. Simmons, which forced Perry to commute the death sentences of 28 prisoners who were younger than 18 at the time of their crime). In this context, it's hard not to see the law of parties as an irresistible tool in a legal system designed to summarily execute people. Especially if the defendant is black and the victim is white.

Kenneth Foster faces death for a crime he didn't commit because of a twist of Texas law that enables a jury to sentence someone to death even if he or she had no proven role in a murder.

Kenneth Foster's case is a good example. He's not just a black man accused of killing a white man; he was convicted for killing the son of an attorney highly esteemed by the legal community. As with so many other cases involving families of influence, the media was all over it, and the LaHood family's wish for an execution quickly became public knowledge. (LaHood's mother reaffirmed her support of Mauriceo Brown's execution last year.) In other particularly high-profile cases, the law of parties has come in similarly handy for the prosecution. In the trial of Patrick Murphy Jr. -- one of the notorious "Texas Seven," who in 2000 escaped from prison, killed a police officer on Christmas Eve, and were summarily sentenced to die -- prosecutors seeking death sentences across the board used the law of parties to circumvent the fact that Murphy was not at the scene of the crime. Prospective jurors were asked not just how they felt about capital punishment, but also about the law of parties specifically. (It worked. Murphy is now sitting on death row.)

The many excesses of Texas capital law offer a portrait of a brutal and broken system -- one that has long been protested by anti-death penalty activists. More recently, prisoners themselves have begun to organize from the inside. Kenneth Foster is among them. In 2005 he helped found D.R.I.V.E, a group of death row prisoners who protest the death penalty as well the abusive conditions of their incarceration. D.R.I.V.E, which stands for "Death Row Inner-Communalist Vanguard Engagement," is multi-racial, highly political, and, perhaps most important, thriving -- on one of the most repressive death rows in the country. Members encourage fellow prisoners to protest on execution days, and to protest their own executions (refusing to walk to the van that takes them to the executions chamber; refusing last meals). They also protest inhumane prison conditions. Last fall, a dozen death row prisoners at Polunsky went on a hunger strike to protest the inedible food and constantly overflowing toilets in their cells, among other abuses. Comparing themselves to the hunger strikers at Guantanamo Bay, they eventually caught the attention of the New York Times.

Some members of the group also invoke the legacy of Gary Graham -- a.k.a. Shaka Sankofa -- the Texas death row prisoner who was executed in 2000, despite overwhelming evidence that he could be innocent. Graham, who was put to death amidst widespread protests, maintained his innocence until the end, declaring in his last statement, "They are murdering me tonight." This era, which Dow considers the "heyday" of protest around executions, coincided with increased repression on Texas death row. Following an attempted prison break in the late 90s, the death row population was relocated. At their new home in the Polunsky Unit, prisoners are housed for 23 hours a day in cells that are 60 square feet (the American Correctional Association recommends a minimum of 80 feet). Work and recreation privileges are pretty much non-existent, and the few prisoners entitled to small luxuries can easily have them taken away. Such is the case of Stephen Moody, whose participation in last fall's hunger strike led to the confiscation of his radio. Texas death row prisoners are allowed no contact visits, and only a few phone calls a year.

Despite this, Kenneth Foster and D.R.I.V.E. have allies on the outside. In addition to his supporters and family in Texas, a New York-based political hip-hop group called the Welfare Poets is speaking out on behalf of Foster and other prisoners on Texas death row; grassroots groups like the Campaign to End the Death Penalty are working to protest Foster's execution, from Harlem to Austin. With Foster's legal recourses almost dried up, a letter campaign to members of the appeal board is underway. But it's a long shot. "Perry has never granted clemency in a capital case before, even when the Board recommended it," says Bryan McCann, a CEDP activist in Austin. In a state that will have executed 400 people by September, clemency has only been granted two times. "If Kenneth Foster has a good innocence claim, that would be great for him," Dow says, noting that innocence is what gets attention these days. But while Foster's supporters argue that Foster is innocent -- that nobody should be executed "for driving a car," in the slaughterhouse state of Texas, innocence can be harder to prove than guilt.