What we now have is a travesty, an illusion, and we will see more botched state sanctioned murders. 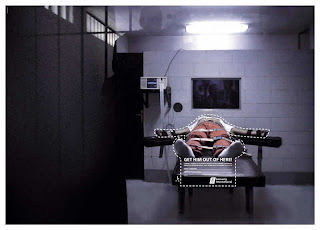 The operative word is "competent". Lethal injection as suggested by Dr Chapman will "work" in competent hands, as Jack Kevorkian demostrated with his "assisted suicide" procedure.

With few refinements the Chapman three drug cocktail will accomplish state sanctioned murder as desired. There are too few thanatologists available --- the overwelming majority of physicians do not want to be clones of Drs Mengele, Brandt, Wirth, Mgrusky, or de Crinis, and rightfully so.

Lethal injection requires medical input and without it, horrible mistakes that defeat thre purpose of making the murder pleasant to watch.

The German improvement of the guillotine killed quickly, did not spray blood allover, and the Henker and his assistants could kill every two minutes. The British hanging system could kill in as little as seven seconds. Neither is acceptable because epistomologically state sanctioned execution is murder.

Dr Chapman apparently accepted the state's right to kill, and I believe acted in good faith to make executions more palatable. I do not accept that premise.

I do not accept that the state can kill under any circumstance, The only exception is in self-defense, or defense of another. Therefore making state sanctioned murder is un acceptable in any form. The arguments about "excessive pain" is totally trivial, as it is not defined, not measurable and not detectable unless the pancuronium bromide is not working, and the inmate gestures or tells us. The speculations are idle--- either the inmate hurts or he does not. S/he only knows. If the death penalty is acceptable, it makes no difference how the state kills. If as I believe that the death penalty is unacceptable, all methods are unacceptable.

What we now have is a travesty, an illusion, and we will see more botched state sanctioned murders.