The Exonerated - Florida - a broken system

The Exonerated - Florida - a broken system 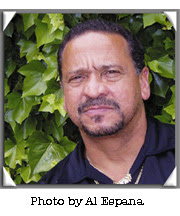 Since the reinstatement of the death penalty in 1972, Florida has led the nation in death row exonerations. Id. at 45.

As noted by Justice Souter in his dissenting opinion in Kansas v. Marsh, 126 S.Ct. at 2544-45, when Illinois had 13 exonerations between 1977 and 2000, a moratorium was imposed and investigation launched.

During the investigation, 4 more individuals were determined to be innocent. As a result, the Illinois capital sentencing scheme was reformed and all death sentences imposed under the old scheme were vacated.

Yet, as the ABA Report on Florida notes, Florida has had more capital exonerations than Illinois.

The staggering rate of exonerations certainly suggest that Florida`s death penalty system is just as broken as Illinois was B that politics, race, prosecutorial misconduct and deficient lawyering afflict the system.

Yet in Florida, unlike in Illinois, there has been no moratorium.

There has been no investigation.

There has been no reform.

There has been no effort to learn what defects and flaws have allowed innocent men to not just get convicted, not just have the convictions and sentences affirmed on direct appeal, but to have those convictions on at least one occasion (Juan Melendez) be all the way through a first round and second round of state postconviction proceedings before prevailing in a his third motion for postconviction relief and being released from death row after 17 years.

The number of exonerations in the State of Florida alone demonstrates a broken system that violates the Furman promise.

But equally symptomatic of a broken system is the lack of curiosity or concern that innocent men have been sent to death row.

Not only did Mr. Melendez serve 17 years there, Rudolph Holton served 16 years before his release, and Frank Lee Smith served 15 years before dying of cancer a few months before DNA evidence established his innocence.