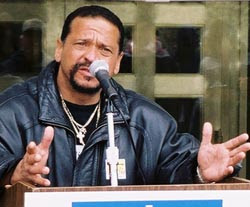 Could it happen here? Could Florida execute a man in the face of evidence suggesting he is innocent?

Probably, yes. Florida leads the nation in the number of people freed from death row after their innocence was established: 25, all men, who lived for years within a few hundred yards of the gurney-equipped execution room.

The majority were freed after DNA testing established irrefutable proof of their innocence. But dozens of people were executed before Florida established special procedures for exploring genetic testing after deadlines for appeals had passed.

And what about the cases where there is no DNA evidence? Time to prove error in those cases can be extremely limited: About a year to raise an appeal at the state level, and once that's decided, another year to bring a federal habeas corpus claim. After that time, defendants -- even innocent ones -- must clear extraordinary hurdles to have claims of new evidence (or prosecutorial misconduct) heard, says Seth Miller of the Innocence Project of Florida. The stars aligned for Juan Melendez, who spent 17 years on death row after being convicted of a robbery/murder in 1985; in 1999, defense attorneys were finally given a transcript of an interview in which another man confessed. It took three more years of legal fighting to free Melendez.

Leo Jones wasn't so lucky. He died in Florida's electric chair March 24, 1998. The main witness against him had long since recanted, and the two Jacksonville police officers who said Jones confessed to killing another officer had been forced out of the department under a cloud. Several witnesses testified that they saw another man fire the shots. But courts refused to halt the execution.

Florida lawmakers gave inmates a clear path to raise DNA evidence when it became obvious that innocent people were on a path to the death chamber. Cases like those of Melendez and Jones prove there's more to be done.

While Florida has a decent system of public defenders for accused murderers, these state-paid attorneys can't always handle every case. State reimbursement rates for private attorneys in "conflict" cases are woefully inadequate, meaning many defendants probably don't get proper representation. Private attorneys who take on post-conviction cases aren't fairly compensated, either. Florida doesn't require juries to be unanimous when recommending death sentences, and jury instructions can be confusing.

Better representation in the early stages of a criminal case could ensure that vital evidence is heard before time limits run out. But courts should also establish stronger avenues to justice in cases where there's evidence of police or prosecutorial misconduct -- hiding evidence or intimidating witnesses -- even if time to raise those issues has otherwise expired. New evidence, such as emerging research on the reliability of eyewitnesses and the nefarious practice of allowing jailhouse "snitches" to present highly dubious testimony of supposed confessions, should also be given a full and fair hearing regardless of how advanced a case may be.