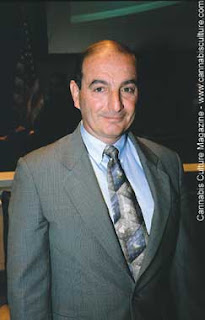 Florida executions could resume within weeks under a revamped procedure that
includes a bigger execution chamber and a narrator to describe the procedure
to witnesses, the state Department of Corrections announced Wednesday.

Department Secretary James R. McDonough said all 37 changes proposed by a
state commission on lethal injection in March are being implemented with
just minor modifications. Last year's botched execution of Angel Diaz caused
all executions to be halted and the commission created to investigate.

McDonough said the room where lethal chemicals are administered is being
doubled in size, and executions would be able to be held there within two
weeks. The execution team is now undergoing training and will receive
additional training every six months, he said.

"The execution team must be fully trained and continually trained," he said.

Diaz's Dec. 13 execution lasted 34 minutes - more than twice as long as
usual - and he appeared to writhe in pain during the procedure. The
commission heard testimony that dislodged IVs likely caused lethal chemicals
to slowly seep into Diaz's flesh before killing him.

McDonough said the changes should prevent the problems that prolonged the
Diaz execution.

"The execution itself should not be long in duration," he said.

Mark Elliott, director of Floridians for Alternatives to the Death Penalty,
said there are no fundamental changes being made to the procedure. The
chance for a botched execution is still there, he said.

"It's trying to fine-tune a flawed procedure," he said.

The changes include making sure the inmate is unconscious, providing closer
monitoring of IV lines and clearly identifying the prison warden as the
person in charge. The department also will employ a narrator to describe
events in the execution "to relieve apprehension that might arise in the
minds and emotions of witnesses otherwise unfamiliar with the process,"
according to a department report on the changes.

The lethal injection commission had recommended a re-evaluation of the
chemicals used in executions, specifically a paralytic drug that can mask
whether the inmate is awake. McDonough said the department looked at the
drugs and is sticking with the three currently used.

McDonough said the changes aim to prevent problems while preparing to deal
with any that arise.

"You always prepare for the unexpected," he said.