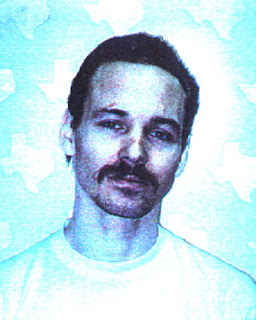 By MAX B. BAKER, Fort Worth Star-Telegram

Several factual issues remain unresolved about Toney's conviction for the
mobile-home bombing near Lake Worth, Young ruled this week. The judge
ordered the Tarrant County district attorney's office and Toney's defense
attorneys to interview individuals involved in the case and submit their
depositions.

Young will review those interviews, along with other evidence, and determine
whether a hearing is necessary. If Young decides that evidence was
improperly withheld from Toney's attorneys, he could recommend to the Texas
Court of Criminal Appeals that Toney get a new trial.

Toney, 41, was sentenced to death in 1999 for planting a bomb in a briefcase
on the porch of a mobile home. Angela Blount, 15; her father, Joe Blount,
44; and her cousin Michael Columbus, 18, were killed.

The case, which was unresolved for a decade, was the longest-running
unsolved bombing investigation in the nation until Toney, who was in Parker
County Jail for another offense, told a fellow inmate that he was hired to
put the bomb at a mobile home. Investigators later presented evidence
showing that he was paid $5,000 for the job, but also that he bombed the
wrong mobile home.

Last year, attorneys for the Innocence Network at the University of Houston
Law Center accused Tarrant County prosecutors of withholding reports from
the Texas Department of Public Safety and the federal Bureau of Alcohol,
Tobacco, Firearms and Explosives that attack the credibility of the state's
key witnesses, Chris Meeks and Toney's ex-wife, Kimberly Toney.

Released to the defense for the first time last year, the reports suggest
that Meeks and Toney may have been manipulated and intimidated into giving
statements fitting investigators' preconceived notions of how and why the
crime occurred. Another memo and two ATF reports that also were not provided
to the defense also cast doubt on the testimony of Tucker Finis Blankenship
that Toney was paid $5,000 for the crime but that he had misplaced the bomb.
Blankenship has since recanted his statements.

Toney has always proclaimed his innocence and said that his statements to
Charles Ferris, his fellow inmate in Parker County, were part of an odd
arrangement designed to help Ferris get out of jail. Ferris has since
recanted his testimony, too.

In a response filed with the court last month, prosecutors say that even if
evidence that was withheld from Toney's trial attorneys was disclosed, the
outcome of the trial would have been the same.

"Toney has also failed to prove by a preponderance of the evidence that the
state knowingly presented false or misleading testimony that contributed to
his conviction or punishment," Assistant District Attorney Debra Windsor
wrote in a court pleading.

"This is a crime that went unsolved for over 12 years," she said. "Because
of the length of time involved in the investigation, witnesses' memories
were open to attack and were vigorously challenged by the defense.

"Toney testified essentially that Meeks and Kim were mistaken and were
confusing memories.... While this argument had some intellectual appeal, it
must ultimately fail."