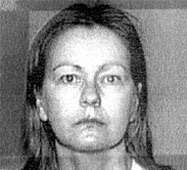 These women more often are convicted for killing those close to them. But only one faces execution for the slaying a single child who was not a relative.

It’s rare enough for a woman to land on death row. It’s even more uncommon for one to get there for the type of crime Cathy Lynn Henderson committed.

A review of the more than 50 women currently sentenced to death in the country reveals that Henderson is the only one convicted of killing a single child who was not a relative.

More than 1,000 men have been executed in the United States during capital punishment’s modern era, but only 11 women have been put to death during the same time.

Women more often are convicted for killing those close to them, such as children and spouses, he said. But the women actually executed tended to be those who killed multiple victims with extraordinary brutality.

“When a woman steps out of the expected role, I think juries can take an even harsher view,” he said.

In 1984, Velma Barfield became the first woman put to death in the modern era. She was executed for poisoning a boyfriend with arsenic, but she also confessed to previously killing her own mother and two other elderly persons.

Karla Faye Tucker, whose 1998 Texas execution drew international attention, was convicted of hacking two people to death with a pickax.

Judy Buenoano, put to death in 1998 in Florida, poisoned her husband, killed her 19-year-old son and tried to kill a boyfriend. She was not prosecuted for killing another boyfriend in another state.

Another Texas woman, Betty Lou Beets, killed her husband and buried his body in her yard.

While digging for his remains, investigators discovered the body of one of her previous husbands.

Only two women have been executed for killing their own children, and both cases involved multiple victims. One also killed her husband.

Henderson would be the first woman executed for killing one child not her own.

“On its face, violently killing a child seems so extreme,” Dieter said.

But he said the fact that she was sentenced to death “does seem a little unusual.”

“In a lot of states if she had a good attorney, she’d probably be convicted, but I don’t think she’d be sentenced to death,” he said.

Women and the death penalty

Currently, 58 women live on death row in the United States, none in Missouri or Kansas. Five have been sentenced to death in Missouri in the modern era, but two have died and three had their sentences commuted to life in prison.

•One in 50 death sentences.

•One in 70 people currently on death row.

•One in 90 actual executions.

Posted by Turid Sandberg Ihle at 05:24