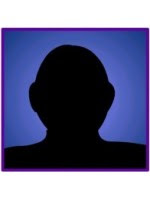 
The man who oversaw the state's most recent lethal injection said everything was done right.

Those findings came despite inmate Angel Diaz taking an extra dose of chemicals and taking longer than expected to die. The unnamed medical professional testified by phone Monday for the Governor's Commission on Administration of Lethal Injection in Tampa.

These findings come on the heels of a doctor's report that said the execution was full of mistakes.

The medical professional said the intravenous lines were properly placed in the veins of each arm and were not to blame for the inmate's slower-than-usual lethal injection death in December. His name and qualifications were not revealed because state law protects his anonymity.

He said the IV lines were always in place during the process and were not responsible for the difficulty pushing the fatal drugs into Diaz's system.

Also, he refuted doctors' claims the IV needles had been pushed through his veins into soft tissue, delaying the flow of chemicals into his bloodstream and possibly causing pain.

Posted by Turid Sandberg Ihle at 01:10