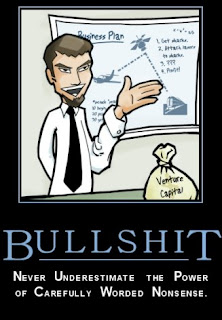 TAMPA — Florida's execution team would closely monitor IV lines for problems and check to make sure the inmate is unconscious before the fatal drug is administered, under recommendations likely to be proposed by the state lethal injection commission.

The commission's recommendations, hashed out at a hearing Saturday, aim to prevent the problems that plagued the botched execution of Angel Diaz in December. But commission members cautioned no changes will make executions foolproof.

"We know for sure that this is going to happen again," said commission member Harry Singletary, a former director of the Florida Department of Corrections.

Diaz's Dec. 13 execution took about 20 minutes longer than the typical execution and required a rare second round of lethal chemicals. Those problems prompted then-Gov. Jeb Bush to halt all executions and create the commission to investigate and recommend changes.

The commission has heard testimony over the last three weeks showing that IV lines went through Diaz's veins and caused the lethal drugs to seep into his flesh. The testimony portrayed an execution room where there was confusion about who was in charge and where execution doctors made decisions that conflicted with state guidelines and common sense.

The commission's recommendations, which will be finalized over the next few days and issued in a report Thursday, are intended to prevent future problems by increasing the training of the execution team, stressing the leadership role of the prison warden and improving the ways in which the procedure is monitored.

But the commission avoided more drastic steps, such as eliminating the second drug used in the state's three-drug cocktail. The drug, which paralyzes the inmate, could make it less clear whether the inmate is truly unconscious during the procedure.

The commission also found it couldn't determine whether Diaz felt pain in the execution. While media accounts suggested Diaz was writhing in pain and Diaz's attorney gave testimony to the same effect, DOC employees testified the inmate showed no signs of distress.

Instead, the commission stuck to findings that procedures were violated and recommended improving training and stressing the chain of command in hopes of preventing another botched execution.

The warden would be completely in charge of all decisions and in constant communication with the executioners and execution doctors. Closed-circuit cameras would be positioned on the inmate's face and points of IV access, giving the executioner and doctors a better view of possible problems. The lethal drugs and IV lines would be clearly labeled.

An existing witness from the Florida Department of Law Enforcement would monitor and document the actions of the executioners and doctors, while a second witness would be added to sit among the public and media to monitor the inmate's actions.

Perhaps the most significant change would be a more lengthy delay in the execution after a sedative is administered. In Florida's execution procedures, inmates are supposed to be given a sedative to render unconsciousness, followed by a paralytic to freeze the muscles and finally the lethal drug that stops the inmate's heart.

But in Diaz's execution, problems with the IV prevented the sedative from going into his veins and raised the possibility he could have felt the other drugs being administered. Under the recommendations, a member of the execution team would check to ensure the inmate was unconscious before the second and third drugs are administered.

Commission members cautioned that the nature of executions prevents the procedure from being conducted as a true medical procedure. And they conceded medical ethics that restrict physician involvement in executions also hampered the commission from its work.

"You'll never get away from the inherent risks and failures of a pseudo-medical or medicalized procedure," he said.

But commission member Stan Morris, a Gainesville Circuit Court judge, said the commission's goal was to try to make the procedure as humane as possible in light of such impediments. "It might not eliminate the problems. But it might eliminate questions of whether there was something we could do to avoid the problems," he said.
Posted by Turid Sandberg Ihle at 04:40