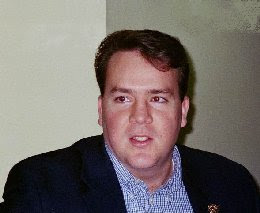 Although representatives for the Catholic Church are lobbying for the repeal, Mooney argued yesterday that his faith does not forbid the death penalty in all circumstances. The killing of police and correctional officers should merit the toughest punishment, he said, as should acts of terrorism. Mooney said yesterday that he is weighing whether to introduce amendments to the repeal bill that would include those exceptions.

His colleagues also are saying privately that aides to Gov. Martin O'Malley, who testified last week in favor of the repeal, have reached out to Mooney to craft a compromise.

Mooney also said he doesn't see any inconsistency in being against abortion and for the death penalty, but pointed to former Lt. Gov. Michael S. Steele as a potential political soul mate on the issues. Steele, a Republican and former seminarian, opposed both in keeping with his Catholic faith.

"Abortion is plain-up killing an innocent baby," Mooney said. "I believe the taking of a human life should be done to protect society from more killings."

There's nothing new about Mooney's dilemma; Catholic politicians of both parties have for years struggled to mesh their personal and political beliefs on the death penalty and abortion, in particular. Since John F. Kennedy ran for president, vowing that he would not take direction from Rome, many have sought to demonstrate independence from the church. Others embrace it as the doctrine that guides their policymaking decisions.

"Catholic politicians are not just Catholic, they're Democrats or Republicans, they're labor organizers or small business owners," said Mark J. Rozell, a George Mason University public policy professor who studies faith and politics. "The question is: Do they vote their religious identity first?"

Sen. Nancy Jacobs, a Harford County Republican and fellow committee member who calls herself Mooney's "mom away from home," said he is "an extremely moral person."

"I think that while others may consider him to be a hard-core, brash Republican, there is a very sensitive caring side to Senator Mooney that not everybody has the opportunity to see," she said.

But the example Jacobs offered - Mooney's proposal to include the homeless in a state hate crimes statute - was met by some Democratic lawmakers with great skepticism. Some believed Mooney was attempting to water down a statute crafted to protect people from race and gender discrimination.

However, when the law was expanded two years ago to protect gays and lesbians, Mooney stood firmly against it.

"Not enough senators are willing to stand up to the radical homosexual agenda," Mooney said after the 2005 debate on the matter.

The Sun reported at the time that he had proposed about a dozen amendments to the hate crimes bill, trying to add elderly, obese and pregnant people, among others.

Mooney also became known for routinely voting against revenue-raising measures and helping form the Second Amendment Coalition, a pro-gun organization that aims to register gun owners to vote, The Sun has reported.

Sen. Brian E. Frosh, a Montgomery County Democrat who chairs the Senate committee, said he believes Mooney aims, perhaps above all, to keep an unswerving political philosophy. The death penalty, Frosh said, doesn't fit as easily into his GOP-only agenda.

"In some ways, he's got a very clear ideology, and he tries to be consistent, and I think he is sincere about that," Frosh said. "On many issues I think he struggles with fitting a particular issue into his sort of world view or framework."

Mooney, a broad-shouldered man with a flop of brown hair and a Jay Leno-like chin, probably has another matter on his mind as he contends with this vote. The senator, who eked out a 4-point victory in November over a virtually unknown Democrat, has his eye on the 6th District congressional seat held by 80-year-old Republican Roscoe G. Bartlett, for whom he once worked as an aide. After three terms in the state Senate, Mooney is looking past Annapolis - out of ambition, and some say, necessity.

"I think that Alex has just been positioning himself to run for U.S. Congress District 6," said Candy Greenway, the Democrat who ran against Mooney last year. "He does not represent Frederick in Annapolis."


Born in Washington
For now, Mooney, who was born in Washington and raised in Frederick, said he is consulting his colleagues, friends and family in making up his mind about the death penalty repeal. His wife, Grace, is pushing for him to support the repeal, which is also being considered by the House Judiciary Committee.

"She's very anti-death penalty; she wants me to vote for the bill," Mooney said of his wife, a neurosurgeon. The couple has two children, Lucas, 3, and Camille, 1.

Until the vote, Mooney will sit tucked away in the back corner of the Senate chamber, an uber-conservative with strong opinions stuck in a state run by Democrats.

"I don't want the attention," he said before adding, "not on this issue."

Posted by Turid Sandberg Ihle at 10:49