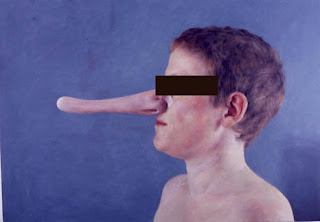 Whether lethal injections in Florida will be continued as they were before the controversial 34-minute execution of Angel Diaz on Dec. 13, will be influenced by the recommendations an 11-member special commission.

Diaz, condemned for a 1979 murder in Miami, took 34 minutes to die, about twice as long as normal. While some witnesses reported that he appeared to be in pain during the procedure, Corrections Department officials have said he did not appear to suffer. Florida's constitution forbids the government from inflicting unnecessary pain or suffering on prisoners.

The commission heard from various execution witnesses and medical professionals and their conclusions will be incorporated into their final report.

An autopsy of Diaz found a 12-inch chemical burn on his right arm and an 11-inch burn on his left. The medical examiner's report suggested that the burns were caused when the needles used to administer the execution chemicals penetrated his tissues instead of his veins. This caused the delayed entry of the chemicals into Diaz's bloodstream.

However, the medical professional who testified Monday and performed the execution, said the needles were inserted properly. He testified that the needles tore through the veins as Diaz's body was moved afterward.

"At no time was there evidence of an IV infiltration," he said during his testimony before the committee.

He also testified that he is medically qualified but would not go into his specific training or expertise. He said that he has performed more than 50 executions in five states and does not consider execution to be a medical procedure.

"An execution has nothing remotely to do with medicine. The condemned inmate will not leave the chamber alive," he said.

However, David Varlotta, a Tampa anesthesiologist and commission member, said the man who testified is violating medical codes that keep medical professionals from getting involved in executions.

Yet another member of the execution team was quoted Feb. 9 as saying: "I have no medical training or qualifications."

State Senator Victor Crist, a member of the panel who helped write Florida's lethal injection law, said Monday that based on the testimony so far, he did not think anything went wrong with Diaz's execution.

Senator Crist, (not related to the Governor), plans to recommend protocol enhancements, such as camera surveillance outside the execution chamber to help ensure that no questions arise as to proper procedure or inmate suffering.

Corrections Secretary James McDonough, who created the current written protocol which became public in August, said he is willing to incorporate any changes the commission suggests, as long as they are within the law.

The commission is expected to submit its recommendations to Governor Crist no later than March 1. Its next meeting will be 10 a.m., Saturday, Feb. 24, at the Tampa Airport in meeting room C. This meeting will be a workshop only. There will be no testimonies given before the commission.

Posted by Turid Sandberg Ihle at 16:54