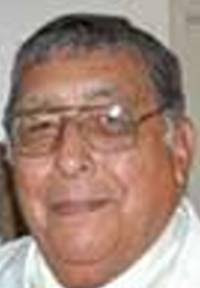 Information has been released in Florida naming Rodrigo Quintana
as one of the 3 doctors that have attended Florida executions as part of
the Florida execution team
and pronounced an inmate dead.

He is listed for starting a clinic in High Springs, Florida
called
the newly opened High Springs Family Practice Clinic

Since Florida started with lethal injection, 20 prisoners have been executed.
18 autopsies have been completed and 2 are pending.

would you call this a medical setting?

The AMA ethics code forbids physicians from attending an execution in a medical capacity
for any purpose — pronouncing death, signing a death certificate, or otherwise.

It permits only signing a death certificate (or performing an autopsy)
in a medical setting.

I would be most interested in knowing whether this "gentleman", Mr. Rodrigo Quitana bears any type of personal responsibity (legal) for his misdeeds?

Other than his own personal sense of guilt, of course.

Since this individual is running his own clinic, particularly directed towards families, it would be interesting to know if his clinic will prosper, once people in general gets to know what he is using his "leasure-time" for.

Also, wonder if AMA has any comments regarding a so-called doctor, a doctor without any problems with the hippocratic oath, has to say to him opening a clinic which is directed at treating children and families for health problems.

you should comment on something you know about. You do not know the man ethic, etc. do judge people unless you are willing to be judged.