Execution plan can be drafted 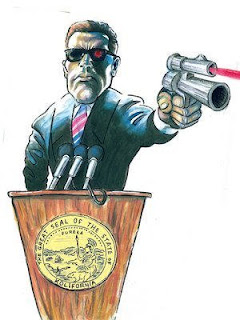 California prison officials can draft a new execution plan in secret, according to an agreement reached Friday by state attorneys and lawyers for death-row inmate Michael Morales.

However, once the plan is released May 15, attorneys will be free to challenge the need for secrecy in federal court and ask the state to release details of the process.

The agreement was negotiated in the San Jose courtroom of U.S. District Judge Jeremy Fogel, who ruled in December that the state's method of executing inmates by lethal injection was ``broken.'' He ordered the state to revise the procedure to eliminate the possibility that inmates would face a cruel death.

The ruling played a part in suspending executions in the state.

Morales, 47, had been scheduled for execution last year for the 1981 rape and murder of a 17-year-old Lodi girl. His lawsuit argued that the way California administered lethal injections violated the Eighth Amendment's ``cruel and unusual punishment'' clause.

As state corrections officials began drafting a new plan, Gov. Arnold Schwarzenegger's office asked that the process remain secret so officials could talk candidly and consult medical experts about how inmates convicted of capital crimes should be put to death.

Lawyers representing death-row inmates countered that the state should not be fashioning a new plan without public scrutiny and input.

In the agreement, Morales's lawyers agreed not to submit any motions in federal court asking for details of the process until the new plan is revealed.

``It's sort of a concession to the practicality of the situation,'' said John R. Grele, one of Morales's attorneys, after the hearing. ``We'll see May 15th, when they unveil the new plan and what it is.''

However, the judge left open the possibility that someone could file a request under the California public records act to release information about the process. Those requests would be handled in state court.

Posted by Turid Sandberg Ihle at 10:40