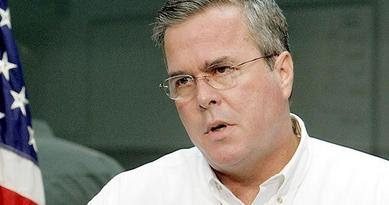 It is not known if Angel Diaz suffered any pain during the botched execution.

TAMPA - A doctor told a panel reviewing Florida's lethal injection procedures that executioners "did the worst thing they could do" during the botched killing of condemned inmate Angel Diaz last year.

The testimony came from Mark Heath, a Columbia University anesthesiologist who has testified on the behalf of death row inmates in about 20 states.

But despite such testimony, the key question of whether Diaz suffered pain during the execution remained murky.

Heath said the execution team "did exactly 100 percent the wrong thing" during the Dec. 13 execution of Diaz, who was condemned for the 1979 shooting death of a Miami topless club manager.

Plastic needles threaded into Diaz's arms tore through his veins, splashing chemicals into his flesh. Because the chemical didn't go directly to Diaz's brain and heart, he took 34 minutes to die - about twice as long as usual.

An autopsy the next day showed Diaz suffered footlong chemical blisters on both of his arms.

The executioner testified last week that he released the sedative into Diaz, then couldn't get the paralytic drug to flow into Diaz's vein. The doctor who performed the autopsy said Diaz's veins likely tore right away, so none of the sedative likely made it to his brain quickly.

"None of the materials injected went to the right place," Medical Examiner William Hamilton testified Monday. "Was he feeling anything? I don't know."

A medical member of the execution team then decided to release the third drug, which causes a severe burning pain, into Diaz's other arm. This move baffled Heath because the painful third drug likely was injected into Diaz's body without the benefit of the sedative.

"Thank God the other IV wasn't working either," Heath said. "The people doing this could not have thought through the contingencies."

Heath said witness accounts that Diaz was breathing "like a fish out of water" lead him to believe the drug causing a painful feeling of paralysis took effect before the painkiller.

"That is a classic sign - that fish-out-of-water look - that the person is partially paralyzed and struggling for breath," Heath said.

He added, "Mr Diaz, in my opinion, was not properly anesthetized."

The drugs eventually were absorbed from Diaz's flesh into his bloodstream, but at a very slow rate. It's unknown just how fast each drug was absorbed because nobody has tested how rapidly those drugs are absorbed through human tissue.

State officials who participated in the execution have testified that they saw no evidence of pain, in contrast to press witnesses whose published accounts told of Diaz grimacing, squinting and coughing. A capital defense attorney who witnessed the execution also said Diaz appeared to be in pain.

Whether Diaz felt pain is important because the U.S. Constitution forbids the government from exposing any prisoner to cruel and unusual punishment.

Blood samples taken during and immediately after the execution could indicate if an inmate experienced pain. But in most cases, including with Diaz, blood samples aren't taken until an autopsy the next day. By this time the drug levels have broken down.

Heath told the panel that if it wants to carry out executions by lethal injection, it should have doctors at the inmate's gurney to troubleshoot any problems.

That creates a Catch-22 for the state because medical associations forbid doctors from participating in executions.

The panel was formed by then-Gov. Jeb Bush after Diaz's death, and no other executions have been scheduled. The panel is expected to meet again Monday in Tampa, at which point it may hear from a doctor who has testified on behalf of state governments that use lethal injection procedures similar to Florida's.