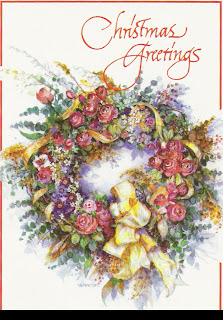 SURVEY
Do you agree with Gov. Jeb Bush's decision to temporarily halt executions in the wake of a botched lethal injection?
Yes
No
Family Devastated After Faulty Lethal Injection


ORLANDO, Fla. -- A wake will be held today for the man who forced all State executions to be put on hold.

Gov. Jeb Bush told the Department of Corrections to stop the executions until an investigation can explain what went wrong with the death of Angel Diaz, WESH 2 News reported.
It took more than 30 minutes and two doses of lethal chemicals for Diaz, 55, to die on Wednesday.

"There are problems with the Florida lethal injection protocol and those fears came to reality," ACLU attorney Larry Spalding said. "I think the governor is responding to that. I think he should go one step further. We should have a moratorium."

Corrections officials originally thought the execution required the unusual step of delivering a second dose due to liver disease, but the medical examiner found no evidence of liver problems.
Diaz's family, who live in Central Florida, is inconsolable.
"You know we love you so much. We won't give up on you, we're not going to give up. I know you never gave up; you had faith," Diaz's nephew, Danny Viera, said.

Their pain is still raw, two days after Diaz was killed by lethal injection.
Just the thought of what Diaz went through is just unbearable for his family. They believe Diaz was in pain and conscious the entire 34 minutes it took to kill him. A normal execution usually takes half that time.

"This is not the way a human is treated. Even a dog is killed quicker than that," Viera said.
While Diaz's family feel his death is an injustice, others feel justice was served for victim Joseph Nagy, murdered in 1979. Diaz always said he was innocent.

Reading from one of Diaz's final letters, his family believes his death was a sacrifice for others on death row.
"If this needed to go through to make a difference out there, to change other people's lives. He would take God's will," Diaz's niece explained his letter.

His family believes Diaz was innocent.
"We're going to continue to prove his innocence. We're not going to rest until it's proven," his niece said.

WESH 2 wasn’t able to contact the victim Joseph Nagy's family.
There will be a wake for Diaz Saturday in Kissimmee.
Officials said a review of death penalty procedures should be complete by March.
At the same time Florida's executions were put on hold, a federal judge declared California's lethal-injection method of execution unconstitutional.
The judge ruled that the state's method is at risk of violating the constitutional ban on cruel and unusual punishment.
Capital punishment in California has been on hold since February, when an execution was called off amid fears the inmate might suffer an excruciating death.
Posted by sisselnor at 14:28