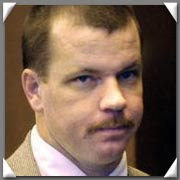 Gov. Jeb Bush was correct to impose a hold on death warrants in Florida following the gruesome execution of Angel Diaz on Dec. 13.

The moratorium is long past due.

Convicted murderer Diaz was put to death by lethal injection, taking 34 minutes to die. Executions normally take half that time, and inmates are usually unconscious within five minutes.

Second injections of two chemicals were required to kill Diaz, and he showed signs of experiencing pain, according to witnesses.

That likely violates the constitutional mandate against cruel and unusual punishment, and is more than adequate reason for the commission Bush has created to see if methods used to kill Diaz meet court standards.

A federal judge's ruling that California must change its lethal-injection procedures because the level of pain they cause is unconstitutional only makes that review more apropos.

But it would be senseless to look at the Diaz' case -- and questions about sound or unsound execution methods -- in isolation, when the death penalty process in Florida is completely broken.

And the stay on executions could end as early as March if Bush's commission issues a report that just skims the surface of what's wrong.

An American Bar Association study conducted by a team of leading state prosecutors, attorneys and judges that was released in September cited more than a dozen glaring flaws: