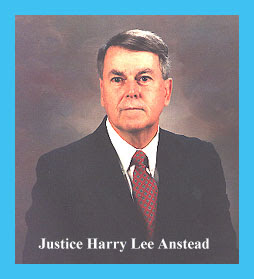 ANSTEAD, J., concurring in part and dissenting in part.

I concur in the majority’s ruling on all of the issues with the exception of the trial court’s summary denial of an evidentiary hearing on appellant’s unrebutted claim asserting new evidence as to the constitutionality of Florida’s administrative protocol for execution by lethal injection.
This new evidence is totally beyond anything considered by this Court or the trial court in Sims.

Hill asserts that a recent scientific study of this protocol published in ahighly respected medical journal concludes, through the analysis of empirical after the-fact data, that the use of the chemicals prescribed in Florida’s protocol createsa foreseeable risk of the gratuitous and unnecessary infliction of pain. SeeLeonidas G. Koniaris et al., Inadequate Anesthesia in Lethal Injection forExecution, 365, 1412-14 (2005).
Hill also has presented the sworn affidavit of oneof the actual scientists who conducted the study, Dr. David A. Lubarsky.

In this affidavit, Dr. Lubarsky states that “the use of this succession of chemicals[prescribed in Florida’s protocol], in judicial executions by lethal injection createsa foreseeable risk of the unnecessary infliction of pain and suffering.”
This opinion is essentially predicated upon the fact that in almost half the cases examined in the study the pain-killer intended to prevent the sensation of pain had actually worn off before the onset of pain from the massive heart attack brought onby the procedure.- 13 -

In his affidavit Dr. Lubarsky explains that the use of one of the chemicals, pancuronium bromide, is unnecessary to bring about the death of a person being executed by lethal injection.
Dr. Lubarsky further explains in his affidavit thatwhen a third prescribed chemical, potassium chloride, reaches the heart, it actually causes a deadly and painful heart attack. He asserts that because of the likelihood that the anesthesia administered in the first chemical will have worn off by that time, the condemned inmate will actually experience the substantial pain of a fatal heart attack brought on by the process.

However, the inmate will be unable to communicate his pain because the pancuronium bromide will have paralyzed his face, his arms, and his entire body so that he cannot express himself either verbally or otherwise.
Dr. Lubarsky concludes that because Florida’s protocol is like those of the states which conducted autopsies and toxicology reports and provided them to him and the other scientists conducting the study, there is a substantial risk that Hill will suffer the same unnecessary pain during his execution.

Despite the fact that Hill presented the results of this recent scientific study and Dr. Lubarsky’s findings in an affidavit, the State has failed to rebut or challenge the validity of these findings, which were expressed to a reasonable degree of scientific certainty.
Consequently, under our controlling case law on postconviction remedies, the allegations asserted in the claim must be taken as true pending an evidentiary hearing to resolve the claim. Peede v. State, 748 So. 2d- 14 -253, 257 (Fla. 1999); Gaskin v. State, 737 So. 2d 509, 516 (Fla. 1999).

The State also attempts to assert a procedural bar, claiming that Hill has not shown why he did not raise this issue at an earlier time.
However, Hill has clearly demonstrated that this new scientific evidence was not available until the publication of the scientific study in 2005. The study and its findings obviously constitute new evidence of the effects of execution by lethal injection. No cases in Florida prior to this one have considered this study.

This Court, for example, did not have the benefit of this or any other scientific study when concluding that the protocols were constitutional in Sims.
In fact, this study appears to constitute the first empirical evidence available regarding the effects of lethal injection, thus providing the State and the courts with a unique opportunity to test this method of execution as it is actually being applied.

An evidentiary hearing would present a win-win situation for all
The State would undoubtedly benefit from the opportunity to demonstrate the efficacy of its present protocol for lethal injection executions, and to rebut the conclusions- 15 -of the scientific study.

On the other hand, the State may also benefit from this scientific research by having the opportunity to modify its protocol if the study andits results stand up in an evidentiary hearing.
Perhaps the ultimate irony to the denial of an evidentiary hearing in this case, where execution is imminent, is that the State concedes that another trial court in the Fifteenth Judicial Circuit of Florida has ordered that an evidentiary hearing be conducted on this exact same issue in a non-warrant capital case. SeeKnight v. State, No. 97-05175CFA02 (Fla. Jan. 10, 2006) (granting motion forcontinuance).

Hill, of course, will not be around to benefit if the trial court in Knight determines that Florida’s protocol requires modification.
Posted by sisselnor at 13:32